Hello everyone :)
Today I have my next Superhero Challenge post! This time I'm showing you some nail art inspired by a Marvel Comics Hero! Again, like the last post, I didn't want to do a common hero so I went and looked at some less well known heroes that Marvel have created and came across this guy...

Captain Britain! I thought he was very fitting for this challenge seeing as we're all British ladies taking part in this challenge.... 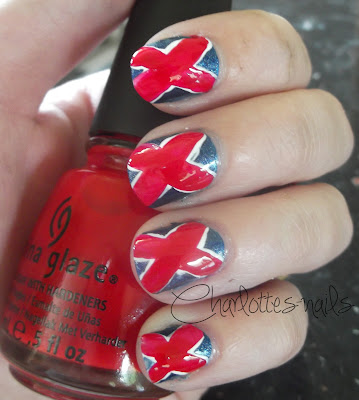 So I decided that for this challenge I wanted to have my nails all the same so I took my inspiration from Captain Britain's outfit. 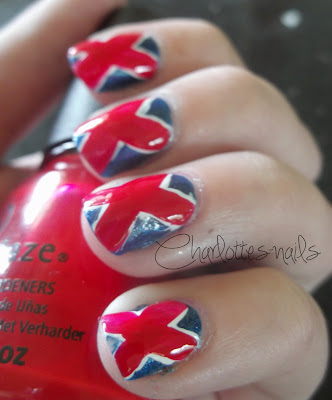 For these nails I used Color Club Cold Metal for the base, OPI Alpine Snow for the base of the cross and then China Glaze Poinsettia over the top of the white. I've never used Cold Metal before and I was pleasantly surprised by how good the application was, if I was careful I could have gotten away with one coat! I used two coats of each polish in this nail art. 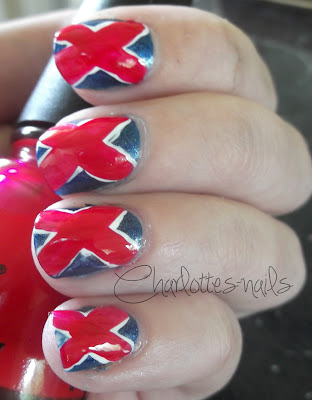 I'm really pleased with how these turned out. I know my lines aren't perfectly straight but they're better than they would have been a few weeks ago :P Unfortunately nobody knew they were based on a superhero until I told them :P Although people enjoyed learning all about Captain Britain :P (He was intended to be the British version of Captain America!)

Also, check out the other girls who are taking part in this challenge along with me to create the Super Six!
Sammy at The Nailasaurus
Debbie at The Crumpet
Sarah at Spellbinding Nails
Jo at Northern Nails
Kerrie at PishPosh and Polish
Posted by Charlotte-LouiseXO7 at 20:00 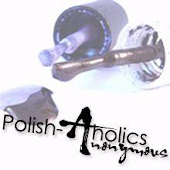 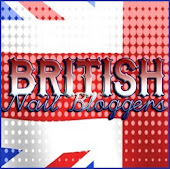